The NSW Police Force has taken legal action against more than 180 people for bushfire-related offences since late last year. Numerous bush and grass fires have impacted the state, claiming the lives of 18 people and destroying hundreds of millions of animals and livestock, thousands of homes, and more than 4.9 million hectares of land, […]

2 million 320 thousand visitors at the Auschwitz Memorial in 2019

In 2019, 2 million 320 thousand people from all over the world visited the sites of the former German Nazi concentration and extermination camp Auschwitz and Auschwitz II-Birkenau, under the protection of the Museum. It is about 170,000 more than in the record-breaking year – 2018. As much as 81 per cent of visitors learned […]

Geneva – The International Organization for Migration reported today 110,669 migrants and refugees entered Europe by sea during the year just ended, marking the sixth straight year that at least 100,000 arrivals were recorded on three Mediterranean Sea Routes. The total is only slightly below the 116,273 men, women and children who crossed the Mediterranean in this […]

Ghassan Salamé, Special Representative of the Secretary-General and Head of the United Nations Support Mission in Libya (UNSMIL), briefs the Security Council on the situation in Libya (Source: UN News) NEW YORK, United States of America, December 30, 2019/ — Ghassan Salamé, head of the UN Support Mission in the country, UNSMIL, called for greater […]

NEW YORK, United States of America, December 30, 2019/ — The members of the Security Council condemned in the strongest possible terms the terrorist attack of 28 December 2019 at the Ex-control Afgoye Junction in Mogadishu, which killed and injured innocent people. The members of the Security Council expressed their deepest sympathy and condolences to […]

Sailors and Royal Marines have dealt a pre-Christmas blow to terrorists with a £3.3m drugs bust in the Middle East. The crew of destroyer HMS Defender pounced on a suspicious dhow as they swept the northern Arabian Sea for smugglers and traffickers. A day-long search by the Portsmouth-based warship’s boarding teams ended in success with […]

Early this morning, the Ocean Viking rescued 112 people from a deflating rubber boat 34 NM from the Libyan coast. Among them: 24 women, incl. 3 pregnant & 38 children, the youngest just 3 months old. Photo: SOS Mediterranee Nicola Stalla, Search and Rescue Coordinator onboard the Ocean Viking, comments on the 20th of December rescue. 112 […]

Posted in Médecins Sans Frontières (MSF), Migration | Comments Off on Ocean Viking’s SAR Coordinator on the rescue of 112 people from a deflating rubber boat

On 16 December an investigation by the Financial Police Division of Hellenic Police (Διεύθυνση Οικονομικής Αστυνομίας της Ελληνικής Αστυνομίας), the Central Office to fight Against Environmental and Public Health Crime (OCLAESP) and French Customs (Direction générale des douanes et droits indirects) with the support of experts from Europol resulted in the arrest of nine members […]

43 ARRESTED AFTER 27 POISONED BY CLAMS IN SPAIN

11 companies now under investigation in relation to illegal activities with €9 million annual turnover An investigation into the trafficking of contaminated clams resulted in dismantling a large organised crime network involving poachers, intermediaries and distribution companies responsible for the food poisoning of at least 27 individuals in Spain. The investigation involved the Portuguese Economic and Food […]

More than 80 Polish municipal or local governments proclaimed themselves to be ‘‘free from LGBTI ideology’’ MEPs reiterate that European funds must not be used for discriminatory purposes Schools should be allowed to promote fundamental rights and protection of LGBTI people MEPs urge the Commission to condemn all public acts of discrimination against LGBTI people, […]

Mogadishu – The International Organization for Migration (IOM) today (14/12) signed a new cooperation agreement with the Federal Government of Somalia, which underlines both parties’ mutual interest to strengthen cooperation and to work together on migration issues to promote economic and social development. The agreement was signed in Mogadishu by IOM Regional Director for East and […]

Posted in Migration, Somalia | Comments Off on The International Organization for Migration: Signs New Cooperation Agreement with Somalia

MIGRANTS SMUGGLED BY LEISURE BOATS ON ADRIATIC SEA: 8 ARRESTED IN GREECE AND ITALY

About 150 migrants, some of which children, were smuggled in unsafe and overcrowded vessels Law enforcement authorities from Greece and Italy, supported by Europol and Eurojust, have dismantled a large organised crime group smuggling migrants by leisure boats / pleasure crafts via the Adriatic Sea. On the action day, law enforcement authorities carried out 13 house searches and […]

Posted in Migration | Comments Off on MIGRANTS SMUGGLED BY LEISURE BOATS ON ADRIATIC SEA: 8 ARRESTED IN GREECE AND ITALY

Global arms industry rankings: Sales up 4.6 per cent worldwide and US companies dominate the Top 5

Sales of arms and military services by the sector’s largest 100 companies (excluding those in China) totalled $420 billion in 2018, marking an increase of 4.6 per cent compared with the previous year. This is according to new data released today by the Stockholm International Peace Research Institute (SIPRI) in the SIPRI Top 100 ranking. […]

Posted in World | Comments Off on Global arms industry rankings: Sales up 4.6 per cent worldwide and US companies dominate the Top 5

Last week, the Croatian National Police Office for Suppression of Corruption and Organised Crime in collaboration with the prosecutor’s office, tax administration, customs and in cooperation with Europol conducted a complex international criminal investigation of an organised crime group (OCG) for acting in a criminal enterprise, tax evasion, money laundering, forgery of documents and fraud. The crimes were committed during […]

Posted on December 7, 2019 by kerttuvali

Nouadhibou – Mauritanian authorities in coordination with the governments of The Gambia and Senegal today began returning the 87 survivors of Wednesday’s fatal shipwreck to their countries of origin. The International Organization for Migration (IOM) has been providing humanitarian assistance including medical and psychosocial care to the 78 Gambian and nine Senegalese migrants in Nouadhibou. Sixty-two […]

Posted on December 7, 2019 by kerttuvali

:HOLOCAUST: Chancellor of Germany and Prime Minister of Poland at the Memorial for 10th anniversary of the Auschwitz-Birkenau Foundation

Posted on December 6, 2019 by kerttuvali

Photo: Jarosław Praszkiewicz The fact that German support for the Auschwitz-Birkenau Foundation celebrating the 10th anniversary of its creation doubled from 60 to 120 million euros was announced at the Auschwitz Memorial by Angela Merkel, the Chancellor of Germany. On December 6, Merkel visited together with Prime Minister Mateusz Morawiecki, the site of former German […]

Posted in World | Comments Off on :HOLOCAUST: Chancellor of Germany and Prime Minister of Poland at the Memorial for 10th anniversary of the Auschwitz-Birkenau Foundation

Posted on December 6, 2019 by kerttuvali

Photo Credits: Digital Kenyan COPS 8 people have been confirmed dead and several others injured after suspected Al Shabaab militia attacked a bus they were travelling in at Wargadudu village, Tarabaj constituency Wajir County. The Medina bus was enroute to Mandera from Nairobi before suspected alshabab militants ambushed killing 8 passengers. Tension is currently high […]

Posted in Kenya, Terrorism | Comments Off on Police: Al-Shabab extremists kill 8 on bus in northern Kenya 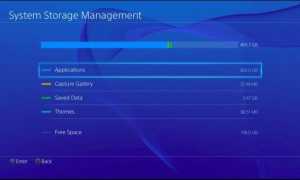 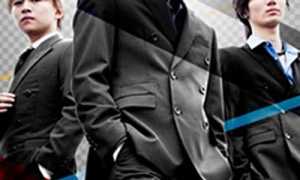 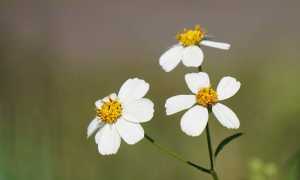